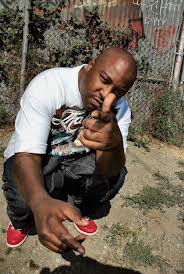 Whut Up World?! I've gotten in to rhythm of giving you consistent blogs, that correspond w/ the days of the week somewhat, which makes today 'Digital Release' day where I talk about the best CD/DVDs being released today.  Unfortunately tho, when I awoke and did what every natural human does first (which is check my social media activity), my day was abruptly brought to a halt for a moment.... Tho I don't know him personally, I'm such a fan of the music, I truly felt saddened because this is the 2nd member of the Mob Figaz group that's gone too soon.  (The 1st being Johnny Fast Gunna) If you don't listen to much Westcoast....true Westcoast music then you wouldn't know about the Mob Figaz but, you had to have heard of the 'Hyphy Movement'.  Thats how I discovered The Jacka & fellow members and was quickly drawn into their "lifestyle" for lack of a better word.  The first song I heard from him was a track called "Whatever".  It was a bit refreshing to hear cause around that time things were switching into that fabricated crap thats blaring over the airwaves now, but Jacka(Mob Figaz) was still coming with that gritty, grimy shyte that I like.  Of course Mac Dre was my favo rapper from the Bay, but after his untimely, unfortunate death my go to was Andre Nickatina, or this guy here (Jacka).  When they released their collaboration CD (My Middle Name Is Crime) I just about lost it!

Got it going right now actually, classic!  Really feeling his music more than ever right now, cause every time he spits about his struggles, & adversaries you realize how real he kept shyt in the booth.  Never doubted him in the first place, but damn... you feel like he was at a point where it was all behind him, unfortunately tho I guess it wasn't.  Or it could be that he was done with it(the streets), but they didn't wanna be done with him; whatever the case he truly moved on too quickly.  Maybe its for the best tho, cause most likely he's in a better place, smiling down, waiting to guide his loved ones from above. 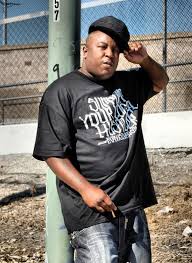 "We Miss You Furl" plays thru my earphones & all I could think of is the huge collaboration song they(The Bay) gonna do for him(The Jacka)...hell they might even do it over that beat...shyt'll be so dope!  I know he probably just wanna see the whole Bay going dumb in memory of him anyway, #ThizzInPeace!!!

"WW3 Dont Wanna Die Stand Next To Me"