Moments of Madness on Love After Lockup Season 2

Airs on WeTV Fridays at 9pm

Welcome back and thank you for another moment to share with you. This blog is my take on "Love After Lockup" Season 2 episodes 1-4. This is my recap on the current episodes from this season. Each couple has an interesting fact attached as well. Now, I will be coming back with a few episodes at a time as the season progresses. There is also a video version if you want to see the visuals of me live here  https://youtu.be/h-G6sppBBJM So, here we go.

Matt – His drug of choice is meth and they have spent 30 hours together at the prison.

Caitlyn – Met on a website. Got put out from her moms house because she was dating a prisoner so she has moved in with his mom while he was in jail. He found out though a phone call that she moved with his mom. she wore these boots and this green dress though. Had sex in the bushes where she got up and he had to dust off her ass.

*Interesting fact – She wants a baby and he wants to get married. She does not want to be married.

Angela – Wasn't looking for love, but has compassion for those in prison. Clearly she is the sugar momma and ok with it. She is wedding planning and telling the people that her future husband is in prison and she want to do the cake tasting and choose the event when he calls so he can see the venue.

Tony – He was going to be released last season, but he never showed at the bus station. He is still there, but will be released this season. He always asks for money and talks about sex. I guess she is paying for convo. Cant wait to see how this turn out.

Interesting facts - She says is not about what Tony can give her, but what she can give him because it is about giving instead of receiving.

Clint – Met on a website, Never met one day before release. They plan to get married the day after she gets out. The mom said he does not have much money. His mom gave him a credit card with a $1,000 budget for their 3 day trip and said not to spend it on Tracie. He had to fly to Tracies location upon her release. Day one he spent money for the plane tickets, $350 for her hair to be dyed, $350 for some lingerie in a perfume sized bag.

Tracie – Served time for fraudulent checks and Parole violation. Been with Clint for 6 months. Clint aint got his own money so he good.

*Interesting fact – he is being supported by his mom so he can not support you and some $700 hair and lingerie.

Brittany – He visited her in prison. She is 27 and has spent almost 10 years in prison for various crimes.

Marcelino – ExMarine older like 40 and has been celibate. He stated “She is like no one he has had before” Never had her outside of prison. Does your relationship start in jail or when you get out? He wanted to plan for the future the day she was out and she wanted to breathe fresh air for a minute before making solid plans so they had an argument on their first date which Brittany left him at the table.

*Interesting fact – She is bisexual and he is not with it. Could be an issue.

Scott - Met her on a website. In 3 years he has spent $90k. Scott is broke and in debt now. He has moved up to where she is and is bought a house for Lizzie, the daughter, his son to live in together. Is afraid to tell her he is broke until in the upcoming episode 5 the card gets declined at dinner.

Lizzie – Did 10 years in prison. Was going to get released on the last season, but she got caught with drugs and a cell phone that she was buying with the money he was sending. Has called him one of her many tricks in prison. She has a 19 year old daughter that does not like Scott because she thinks he is enabling her to do drugs upon her release.

*Interesting fact – 2 days before she got out she requested a 4 bedroom because she wants to not have sex because she decided she wants to be a different person when she gets out on this spiritual journey. He agrees.

*Interesting fact – Upon her release they go to a corner store/gas station and she gets $120 in snacks while he follows her around with a trash can or bucket type of container to carry it in and $100 in lottery tickets. Now she was selecting the tickets, but he said get one of each...knowing that you are broke.

Michael - Is released after 3 years. Is paroling to New York with Sarah so they can coparent for the first year. He will not be in the same state as Meghan

Meghan – Is a virgin and is engaged to Michael. Her family is against her being with a man in prison when there are other men. Her brother took her to the airport to meet Michael and he calls her while she is getting her boarding passes and says do not come he has something special planned. She was hurt and embarrassed so they went to their parents house instead. Is ok with Michael being in NY with Sarah because if there was anything going on he would tell her.

Sarah – Has a 4 year old with Michael and married him in prison. She drove 8 hours to pick him up. They had King and Queen shirts to wear upon release that Michael said they should wear.

Interesting fact - The producer asked him how does he feel about the King and Queen shirts. He said “Sarah is a Queen, but Meghan is my Queen.”

Interesting fact – This shit is about to get messy chile. Also, in Ep 5 while Sarah is still rocking the “Queen” shirt he is sneaking outside to video chat and tell Meghan that he loves her. Michael is trying to leave to go to Meghan for the surprise he has planned. Sarah cries as he asks whats the problem and he leaves. Now of course she does not know where he is really trying to go I'm sure.

I have also done a video on Love After Lockup Season 2 Ep 1-4 Recap which can be located on my Youtube channel at https://youtu.be/h-G6sppBBJM also check out all of my "FIerce Review" and "Moments of Madness" videos on my channel https://www.youtube.com/channel/UCP--id6nvHQiAq2xckPPF4A

MP3 Music Submissions from all Indie and Unsigned Artist to LMFierceReview@gmail.com

Once again, thanks for stopping by and until we meet again whether through a blog or video....Tata 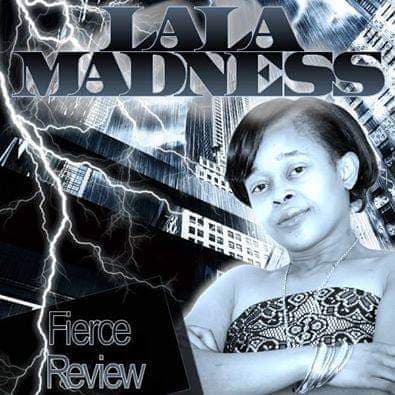