HOT:  Eva Mendes bares it all for Photographer Ellen  Von Unwerth photoshoot. Egotastic also dishes out how they feel about  her dating rising star Ryan Gosling.  Checkout all the photos from the shoot.

HOT MESS: Nicolaos Kantarzis decided to make a quick buck, well 4 million quick bucks by placing phantom phone calls on more than 100 pay phones to toll-free numbers. He is now serving three months in prison as well as a fine in $20,000.

HOT: So Drake's girlfriend Nebby decided to sext  him with a very sexy picture after they reunited. Drake ask her to give you a round of applause.

HOT MESS:  31 year old, Demetrius Nickerson decided  it was a good idea to throw out this pot...... at a courthouse.  He did this after attempting to pass by security. After being scanned by them he left for a quick second. Threw away a yellow bag only to have it later searched by Police. 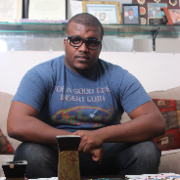