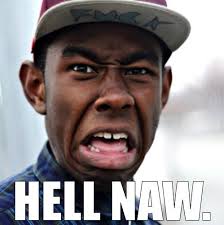 Lately more than ever folk have been screaming that hip hop is dead, even with the current uprising of all the new pure hip hop  artists like the TDE camp as well as Pro Era & a whole slew of others.  I mean I pick up on what people are putting down, "mainstream"  hip hop isn't real hip hop, but then again whose really to say.what's really hip hop.  A friend of mine just passed this video along, and it breaks down the whole situation