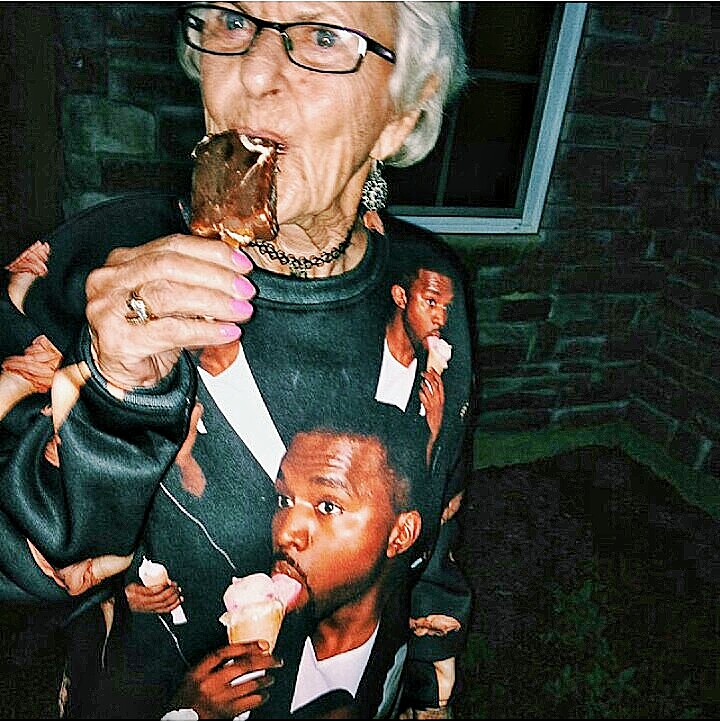 What up world?! its yo pothead potna' back at ya, Hope all of yalls year are off to a good start! Mine is going prettty good & I have absolutely, positively no reason to complain!!! If you've been keeping up with me then you're aware of my most recent blog which covered what I thought to be the Best Albums of 2k14. In lieu(there it is again) of this blog I decided to get ahead this year by posting what I thought would be the Best Albums of 2k15. Now notice the keyword is "predicting" as last year taught us some of these albums may not even be released, but lets hope fort he best! As always I'll start with the artists I'm most fond and branch off from there

If you know slightly anything about me then you know Im a HUGE Kid Cudi fan! Last year Cudi dropped an EP entitled Satellite Flight: Journey To Mother Moon to hold his fans over for the time being & let us know via Twitter & IG that Man On The Moon 3 will be out this year!!! Cudi is out in Hawaii recording his album right now & from the looks of things he's in his zoned If Man on the Moon 3 really picks up where Satellite Flight left off, then Cudder fans everywhere is in for a treat!

Next up where we've none other than my nizzy Drizzy! Other than some features & a few songs Drake went damn near silent(audio wise) in 2k14, but after his impressive release in 2k13(NWTS) Drizzy fans everywhere hardly noticed. Luckily, he was on enough features to keep us entertained. Then for his BDay he released 3 songs that he said would be leaked anyways(thanks to hackers). Drizzy promised that his 4th album will be out early 2k15, which is entitled Views from the 6th...we'll be waiting.

While we're in that YMCMB factor I guess we'll go ahead talk Weezy. Since the beginning of the year Wayne has been promising his fans the much anticipated C5. I guess after getting tired of making excuses Tunechi put out there that CMB was holding him/his music hostage, and that he wanted out of his deal. Lawsuits have been talked about from both sides ofthe argument, but things are being kept under lid for now. From the singles he dropped(Krazy, Grinding), sounds like another dope project under his belt, but the question is when are we gonna get to hear it? Recently heard some sources say he maybe releasing a project called "The Other Album", once again all we can do is wait.

Damn near everyone on TDE released an album last year except for a couple, one mainly be their marquee act K. Dot. Ever since Kendrick's emergence on the scene you know he was gonna be a problem. After his 2k12 release Good Kid Maad City Kendrick fans everywhere has been itching for a new release. Two years later besides features and his highly acclaimed "i" he's been rather quiet (a little too quiet if you ask me). Supposedly 2k15 is suppose to be the year that he comes out of hibernation, which is truly believable due to all the other albums coming out this year from top artist; something tells me he's been for waiting for the competition.

Yeezy has also been on a slight hiatus since early 2k13 not really releasing any music, but focusing energy into other areas of his career. Most recently he released a song inspired by Northwest entitled "Only One" which features Paul McCartney, Rhianna, and Ty Dolla $ign. The album is said to have at least 7 to 8 more songs on it, & appearantly Seth Rogen has heard the whole thing live in the back of a limo/van. Seth says Yeezy played the instrumentals from the album and just performed each song right then and there! Supposedly it's completed as of now having been recorded in Mexico in a day or less. Should be out before the end of the 1st quarter.

Now this last artist we'll be discussing has been under the radar since the success of his 2k13 release Long Live Asap. Since then he's released some music here and there, but has mainly been in fashion spreads and campaigns. A group venture was in the works, but has been cancelled and the ASAP mob seems to be pushing all attention toward Flacko Jodye(name of album). No for sure release date has been set for the album, but I heard he has 30 songs recorded for it! He released a single from the album last week or so to calm the hungry mob that await his album, letting them know 'Flacko Jodye Season is upon Us'. Now theres a whole slew of artists supposedly releasing projects next year that I didn't speak on, if I did this write up wouldn't be out in time. What I did do for you though is compile a list of artist dropping this year just in case I didn't write about an artist who has your interest(Im sure there's tons of others that aren't on this list as well.

Now theres a whole slew of artists supposedly releasing projects next year that I didn't speak on, if I did this write up wouldn't be out in time. What I did do for you though is compile a list of artist dropping this year just in case I didn't write about an artist who has your interest(Im sure there's tons of others that aren't on this list as well).